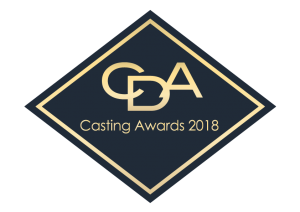 CELEBRATING THE ART OF CASTING

Following the great success of the our inaugural awards last year we are delighted to announce the CDA AWARDS 2018 will take place on 3rd May, in London.

The CDA Awards 2018 showcases the work of the Casting Director and is open to all CDA members.

A jury of industry experts will select the winners in categories encompassing commercials, film and music videos. The winners will be announced at the award ceremony on 3rd May, which will be hosted by comedian and writer Shappi Khorsandi.

© 2017 Casting Directors Association. Trademarks and brands are the property of their respective owners.